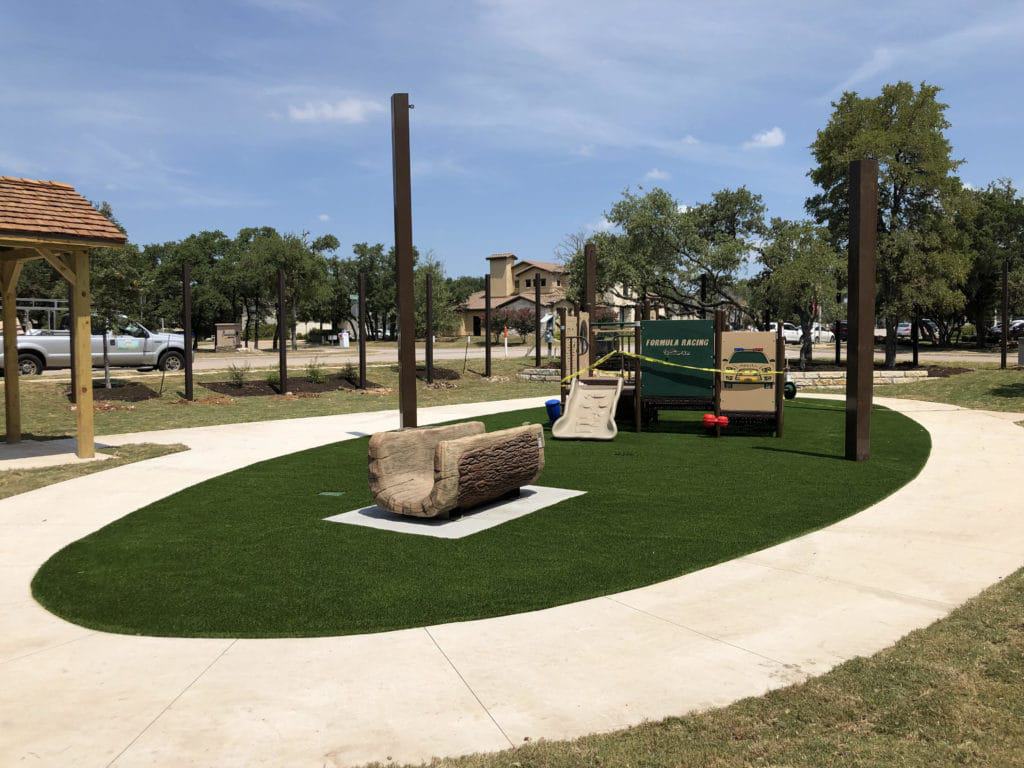 Playground maintenance can be overwhelming and very time-consuming. Watering, planting, weeding and fertilizing can take a lot of time, or you can choose to hire it done.  Hiring can quickly add up and make budgeting for a playground impossible.  However, with playground turf installation Austin by Waterloo Turf, there is very little maintenance.  Washing it every so often with a hose is about all that will need to be done.

That’s right. There isn’t any mowing to do or trimming around all the playground equipment.  You don’t have to worry about fertilizing and seeding those higher traffic areas.  In fact, playground turf can take a lot of abuse without ever showing any wear. 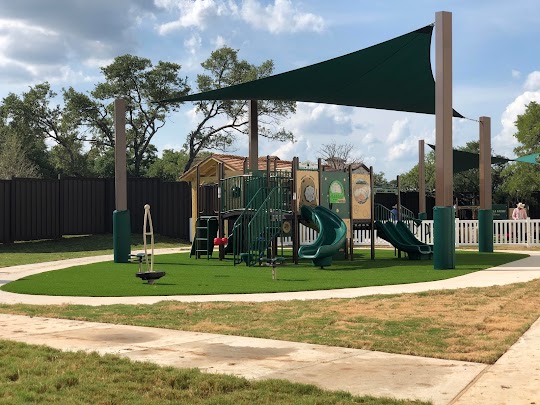 The materials used in playground turf are nothing like what they used to be.  This turf has been engineered to be used on playgrounds and holds up to kids running around and sliding on it.  It looks and feels very much like natural turf but is better in so many ways.  Installing playground turf Austin is as easy as giving Waterloo Turf a call.  We can set up an appointment and go over the various things needed to get you a full quote.  We work with a variety of different properties, from residential to commercial properties.  If you are setting up a playground in your backyard, you might be interested in knowing what installation of playground turf will be beneficial to your situation.  Call today!

We also work with commercial properties such as churches, schools, and communities to give them playground turf Austin that is affordable and easy to maintain.  Kids enjoy it as there aren’t open dirt spots all over to get covered in mud when it rains, and parents like the cleanliness as well.

If you are tired of maintaining a proper playground, try looking into playground turf Austin as an alternative.

Many playgrounds are switching to turf because of the many benefits.  It is soft for children to fall on, reducing injuries. Turf also has a strong cushioning effect on falls yet bounces back up rather than breaking down like traditional mulch or wood chips.

Furthermore, studies have shown that the cost of playground turf is far cheaper than common materials like wood chips or mulch. It also lasts longer, requires less time to maintain, reduces injuries, and increases safety.  This is especially true as the playground increases in size.

Our playground turf is made with children running around playing and having a good time in mind.  Because of this, it is made to be a soft landing.  It will also hold up under the running and sliding that kids will do while playing. There isn’t anything to worry about as it is engineered to be comfortable and easy to maintain.

Schools love playgrounds that utilize playground turf.  This is because they have far less maintenance.  Also, there isn’t dirt tracked in, and kids aren’t injured due to hard grounds such as concerts or asphalt.  Playground turff ensures that the school stays cleaner, meaning that there is less to maintain indoors as well.

If you are tired of trying to keep grass on your playground or want something easier to deal with, you need to call Waterloo Turf today. Our fast and friendly customer service staff are happy to assist you with getting your playground maintenance under control.  We can give you some ideas of how to layout a playground and what types of materials would best suit your situation. We offer turf that works well with pets as well. This is important if the turf is going into a backyard of a family.  Know that you have options on what types of artificial turf you want to be installed on your property.

We will take our time and go over these different turf options. This allows you to come up with a solution that will best work with your situation.  Our goal is that you are confident in your decision.  We are here to answer any questions or concerns you might have.  Call today.

It is important that you get the right playground turf system for your particular needs. Waterloo Turf will provide you with just that. Playground Turf installation in Austin has never been easier. Call today. Let’s get started on your artificial turf quote.